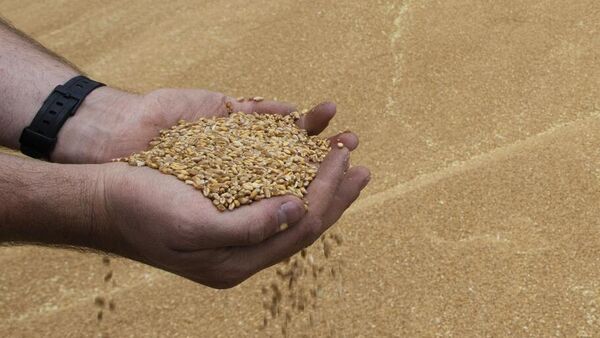 Two more ships carrying corn and soybeans departed from Ukrainian ports on Monday, taking the total to 10 since the first ship sailed last week under a deal brokered by the United Nations and Turkey to unblock Ukrainian ports to resume grain exports.

In peacetime, Ukraine exported up to 6m tonnes of grain a month from its ports on the Black Sea and Sea of Azov coast. Ukraine and Russia before the war accounted for a third of all global wheat exports.

Soaring food and energy prices have helped push consumer inflation to 40-year highs in Europe and the US since Russia invaded Ukraine on February 24.

“The question now is if and how fast we will see high-volume grain exports developing from Ukraine,” he said.

Mr Ammermann says the market does not yet have full confidence in the safe-shipping corridor from the Black Sea ports, but developments in recent days suggest the situation might improve more rapidly than previously expected.

Global corn and soybeans are also being weakened by more rainy, cool weather in the US midwest, which has removed some of the fear about crop stress debated last week.

So far, about 243,000 tonnes of corn has been exported from Ukraine on seven ships since the first departure on August 1, according to a Reuters tally of data from Turkey’s defence ministry. 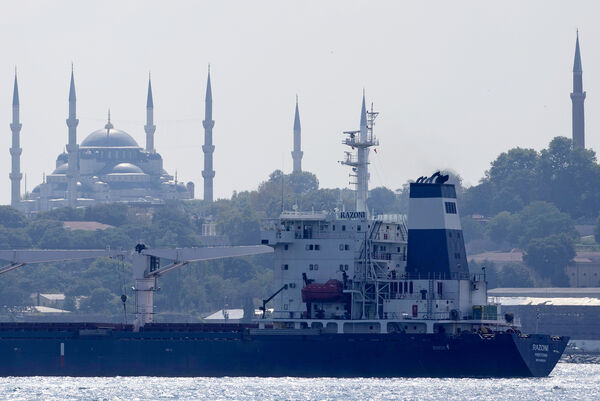 The Razoni, which was the first ship to depart, was scheduled to arrive in Lebanon on Sunday but is currently at anchor off Turkey’s southern coast, according to Refinitiv ship tracker data. Picture: AP/Khalil Hamra

The ship Sacura, which departed from the port of Pivdennyi, is carrying 11,000 tonnes of soybeans to Italy, Turkey’s defence ministry said on Monday, while the Arizona, which left Chornomorsk, is carrying 48,458 tonnes of corn to Iskenderun in southern Turkey.

Separately, the Polarnet, which departed on Friday, reached its final destination in northwestern Turkey’s Derince on Monday morning to be unloaded, marking the completion of the first shipment since the exports were re-launched.

The resumption of grain exports is being overseen by a joint coordination centre in Istanbul, where Russian, Ukrainian, Turkish and UN personnel are working.

The Razoni, which was the first ship to depart, was scheduled to arrive in Lebanon on Sunday but is currently at anchor off Turkey’s southern coast, according to Refinitiv ship tracker data.

Ukraine’s infrastructure ministry said on Sunday the Fulmar S, the first foreign-flagged bulk ship to reach the Black Sea port of Chornomorsk since the conflict, was ready for loading.

A second ship travelling to Ukraine, the Osprey S, was inspected in Istanbul and was nearing Ukraine on Monday morning.