Will the Border break the all-Ireland food chain? 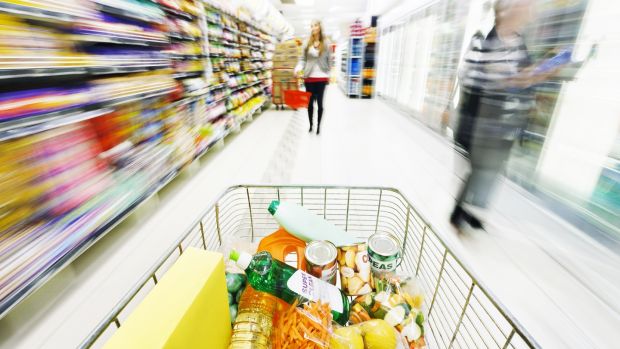 The Republic is by far the biggest and most important food export market for the North, but could Brexit turn this on its head?

Whether it’s millions of litres of milk, artisan gin, traditional soda bread or even a favourite chicken dish, Ireland is by far the biggest and most important export market for many of Northern Ireland’s leading food and drink producers.

Brexit could turn this market on its head if a hard border or new customs arrangements come into play and this prospect is forcing some of the North’s biggest agri-food producers and suppliers to start planning for a worst-case scenario.

So they need to start getting ready, says Neil Gibson, chief economist with EY Ireland. “Though businesses crave certainty, the truth is that most are used to dealing with an uncertain world. Regulations, exchange rates, customer trends, competitor behaviour always generate uncertainty so perhaps the lack of economic collapse in the face of ambiguity surrounding Brexit should not be a surprise.

Even in an uncertain world, there are things that businesses can do, and should be doing.” Fane Valley, one of the North’s largest farmer owned co-operatives, is no stranger to marrying borders with business. Originally established as a small dairy in 1903 on the banks of the River Fane, which straddles the Border counties of Armagh and Monaghan,

Fane Valley has always used its geographical position to its advantage.

Today the co-op is a multi-faceted organisation with 1,250 shareholders and a portfolio of businesses that includes meat processing, porridge oats, animal feeds and renewable energy and has a footprint that stretches from its headquarters in Moira in Co Armagh to Bunclody to as far as Liege in Belgium.

On a daily basis its products and people seamlessly cross borders, both close to home and further afield, but now the co-op, which successfully traded through two world wars, a war of independence on its doorstep and more recently the Troubles, is preparing for what could be one of the most unsettling challenges in its 115-year history – Brexit.

According to Ulster University’s Economic Policy Centre, companies operating in Northern Ireland’s agri-food sector could be among the most vulnerable when it comes to any future Brexit deal between the UK and the European Union, because of the “level of North-South trade and the integrated nature of supply chains on the island” of Ireland.

Latest trade statistics from the UK government’s Revenue and Customs department show the total value of exports from Northern Ireland to the Republic jumped to a high of more than £2.7 billionn (€3bn) in 2017 – which represented a £347 million increase on the previous year’s trade figures.

Out of this, exports of food and live animals from the North to the Republic recorded one of the biggest increases – soaring by 23.5 per year on year – which may help explain whymany leading agri-food producers and suppliers and Top 1000 companies, such as Fane Valley, Moy Park and Dale Farm, are now in a race against time to prepare for the UK’s departure from the EU.

Moy Park’s American parent Pilgrim’s Pride has already warned, well in advance of next March, that its operations “may be adversely affected” if the UK is unable to secure post-Brexit replacement trade arrangements “on terms as favourable as those currently enjoyed”.

Pilgrim’s Pride Corporation, which acquired Moy Park in September 2017 in a £1 billion deal, has identified Brexit as one of the key risks to its organisation because of its what it believes is Brexit’s potential to “adversely impact our business, results of operations and financial condition.” This stark warning by the second-largest chicken producer in the world highlights exactly the scale of the task facing Northern Ireland businesses and not just those who operate in the agri-food sector who are currently in the process of drawing up contingency plans for Brexit.

According to Trevor Lockhart, chief executive of Fane Valley, this job has been made even more difficult because businesses in the North are currently trying to plan for a post-Brexit world without any “clarity” on what it might mean in reality. He says there are two key issues that urgently need to be clarified to assist Northern Ireland businesses to prepare for life after Brexit – chiefly what is going to happen around the Border and what rights EU citizens will have. “It’s hard to accurately predict what the future of trade across the Irish Border will look like without further progress in negotiations. However, if you take a top-line view of the current state of play, the biggest fear for most companies is ending up with a ‘no deal’ scenario,” Lockhart says.

“From the perspective of my own business, it’s the potential imposition of both tariff and/or non-tariff barriers that pose the biggest risk, with the potential to significantly disrupt supply chain relationships developed over the past 25 years. We trade food products back and forth across the Border on a daily basis.

With 1,250 people employed on each side of the Border, free movement is also critical. The easiest way to maintain ‘frictionless’ trade is for the UK to remain within a customs union and maintain a deep relationship with the single market.” Fane Valley, like other businesses across the North, must now consider worst-case post-Brexit scenarios that could include potential new trade and customs arrangements or a less business-friendly migration system that would limit Northern Ireland firms’ ability to access EU citizens with skills and talent.

Lockhart, who was recently appointed chair of the Confederation of British Industry (CBI) in the North, says Fane Valley, like many other organisations, is now seeing increasing numbers of EU nationals, who play a key role in the workforce, choosing to leave Northern Ireland because of Brexit-related concerns.

He believes it is crucial that Northern Ireland business gets “urgent clarity from both sides of the negotiations on the way forward for the Irish Border” to enable businesses to better plan for their future and that any deal must “couple respect for the principles of the Good Friday Agreement with seamless, frictionless trade both east/west and north/south.”

But while some organisations may be robustly planning for a wide range of Brexit scenarios, there is strong evidence to suggest that a significant percentage of other businesses – mainly small to medium sized enterprises in the North – have no idea how they will navigate through the potential maze that could follow the UK’s planned departure from the EU.

Research carried out by InterTradeIreland, the cross-border business development body, suggests that just one per cent of businesses in the North, chiefly SMEs actively engaged in cross border trade, have carried out any formal planning on how Brexit could potentially affect their business. Kerry Curran, policy research manager with InterTradeIreland, says many firms in the North have indicated that their business has already been negatively impacted by Brexit, but they still have not engaged in any formal plan to deal with any potential negative outcomes from the Brexit process. “We are seeing some informal planning taking place in the shape of firms discussing Brexit issues with other businesses or their staff.

Some SMEs have also spoken to trade associations or financial advisers to get help. But there are still businesses who do not believe that Brexit will have any impact on them and while this may well be a legitimate response our advice to any business, regardless of its size or the sector it operates in, is to start planning, start looking ahead”.

EY’s Gibson agrees. “Scenario planning is rarely a wasted endeavour. Taking a range of possible Brexit outcomes and looking at how they might impact can often reveal areas for improvement.

“These could be in in supply chain management, IT systems or organisational structure – and would be a beneficial exercise, irrespective of the final outcome. Avoiding Brexit-induced inertia is extremely important. It can be a convenient excuse for a set of poor figures, or for a reason to delay to a necessary investment. The most successful businesses will not make this mistake and will capitalise on those who do,” he advises.

Curran adds that businesses need to look at the risks they could be exposed to if there is a no-deal scenario. “For example, maybe they need to think about what they would do if there are new custom arrangements introduced or if their supply chain was impacted by Brexit or what a harder border might mean to them and this is particularly important for companies operating in the agri-food sector.”

Still running a business While discussions continue far from Northern Ireland about what form Brexit may eventually take, there are still, according to the group chief executive of the Belfast headquartered dairy company Dale Farm, the daily demands of running a business to get on with.

Nick Whelan, who grew up on his family’s farm in Co Wexford, believes Brexit has somewhat paralysed the North’s economy in one sense, because large businesses have had to devote so much time and energy to trying to figure out exactly what Brexit might mean for them. “It’s a difficult subject because it is hard to define what it is. There is no doubt that we are all facing a big challenge and it is going to be a catalyst for change but we don’t know yet what it will be and that is very, very difficult.”

As Whelan notes, in the first year there was a lot of time spent “talking and thinking about Brexit”.

“We’re a UK business but we’re still a co-operative owned by 1,300 dairy farmers in Northern Ireland, England and Scotland and some of those farmers – 60 per cent – voted for Brexit while the other 40 per cent didn’t,” he recalls. “Some of our farmers are not overly concerned about what Brexit will mean for them. “Some want a hard Brexit because they want to be in a position to be able to supply British products to Britishcustomers.”

Dale Farm business is very dependent on the British market, with 100 per cent of its milk sourced in Scotland, England and Northern Ireland. If there was any change in policy in this market post-Brexit, “that would allow cheap imports to flood the market and that would in turn be very worrying for us.”

Like many businesses in the North, Dale Farm is also very concerned about the prospect of a hard Border. “I don’t want to see an east/west or North/South Border,” Whelan says, adding that such a border would not be good from an economic perspective for Northern Ireland. “But also from our perspective we have two, very profitable main lines that we sell into the Republic – ice-cream and cheddar cheese – both are important to our business and we want to continue to be able to sell these products without having to deal with a Border issue,” he says.

Like every other chief executive in the North, Whelan is hoping the UK government’s ambitions to secure a free trade deal will materialise sooner rather than later so businesses can get on with doing what they want to do.

“One of the hidden costs of Brexit is that businesses have been forced to sit on their hands and not go ahead and make plans. Companies cannot, for example, invest in new markets in case they could be cut off from them post-Brexit or in new facilities because they just don’t know what is going to happen. This means that numerous investment opportunities have been missed because of Brexit – and that is not good for the economy – whatever Brexit means