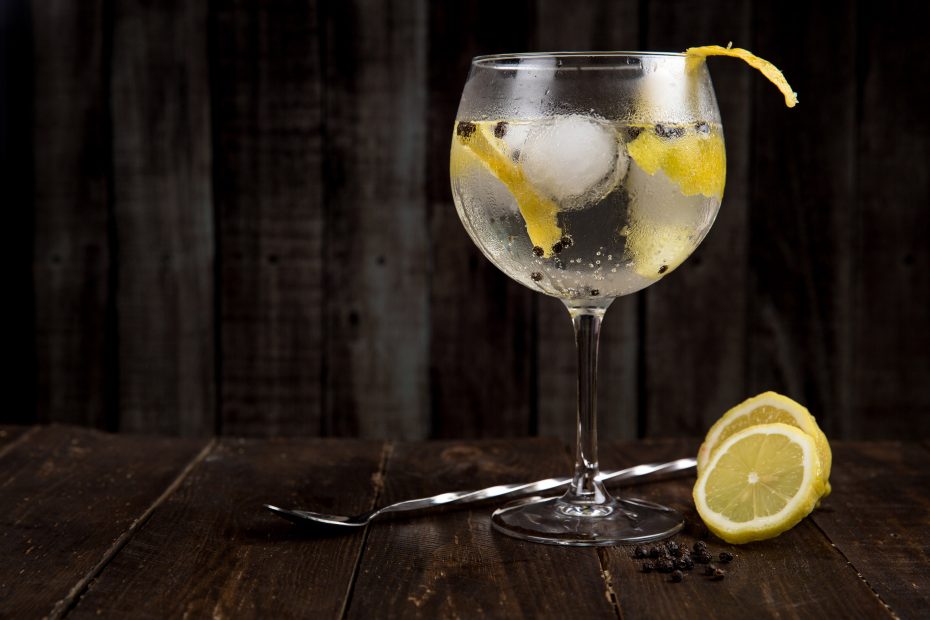 It’s official. Gin is in. Sales of the spirit once informally known as mother’s ruin jumped last year with volumes rising 47.2 per cent.

With locally produced brands such as Shortcross, Bertha’s Revenge and Drumbshambo Gunpowder holding their own against the likes of Hendricks, Monkey 47 and Bombay Sapphire, gin was the fastest-growing spirit category last year, according to new figures.

Sales of premium whiskey brands like Redbreast and Midleton Rare also soared, jumping 40 per cent versus the prior year, the latest Irish Spirits Report shows.

The report, compiled on behalf of the Ibec-affiliated Irish Spirits Association, shows overall sales of whiskey continued to rise, up 10.6 per cent last year with exports on target to exceed a 2020 target of 12 million cases.

Sales of Irish cream liqueurs continued to rebound with 5.6 per cent growth last year, confirming it as one of the EU’s leading spirits exports.

According to the study, spirits remain one of the country’s leading agri-food businesses with exports jumping 13.8 per cent last year to €1.32 billion.

Vodka remains the most popular spirit category in the Republic, followed by Irish whiskey, gin, rum and brandy. Last year, US whiskey overtook scotch in popularity for the first time.

Patricia Callan, director of the Alcohol Beverage Federation of Ireland (ABFI), said while Irish spirit sales are buoyant there are considerable risks to growth. These include the impact of Brexit and the threat of tariffs in key markets such as the US.

Another threat cited by Ms Callen are provisions contained within the Public Health (Alcohol) Bill, which she described as “disproportionate and excessive”.

While spirits are back in fashion, the study finds that Ireland has the third-highest excise in the European Union after Sweden and Finland.

A separate report published by DCU economist Anthony Foley on behalf of the Drinks Industry Group of Ireland earlier this week shows the Republic has the second-highest overall excise tax on alcohol in the EU.

That study shows 80 cent on every glass of wine, 55 cent on every pint of lager, and €12 on every bottle of whiskey goes straight to the exchequer.

After slumping in recent days, sterling was uplifted by the fresh wave of Brexit optimism, after comments of the EU’s chief negotiator, Michel Barnier, that a deal was a “realistic” prospect by early November.

Yesterday, the UK currency was again troubled by reports that Brexiteers were launching a challenge to depose UK prime minister, Theresa May.

Regardless, Ireland’s food industry remains sceptical and continues to push for support to prevent a meltdown, if sterling slides further.

Many food exporters believe a hard Brexit continues to be the most likely outcome — even if Mr Barnier manages to get a deal agreed with other EU member states — because of the ever-more-vocal eurosceptics within Ms May’s government.

The significance of the UK market to the Irish economy cannot be underestimated. Ireland’s trading relationship with the UK, in the agri-food sector, can be summarised in one simple statement: The UK is the largest external buyer of food and drink from Ireland and it has a population of 66m to feed.

Prepared consumer food products employ 20,000 people, across 500 companies. It is a typical example of both the dependence Ireland’s food-makers have on the UK market and the opportunity it presents.

Over 60% of prepared food products go to the UK, or €2.8bn in exports last year. That’s a 40% increase in just over five years.

Brexit represents the toughest challenge ever for the whole of Ireland’s agri-food industry, according to the many companies attending the annual Food and Drink Business Europe conference last week.

Many took comfort from the comments of Food Minister Andrew Doyle, who opened the conference by saying the Government would do whatever it took to ensure that Ireland’s key “asks” from the Brexit negotiations would be delivered.

The first ask is continued free access to the UK market, without tariffs and with minimal additional customs and administrative procedures.

The second ask includes minimising the risk from UK trade agreements with third countries; the third, on fisheries, involves maintaining access to fishing grounds in the UK zone in the Irish Sea, the Celtic Sea, and north of Donegal, as well as protecting Ireland’s quota share for joint fish stocks.

The big ask is, of course, maintaining access to the UK market. This boils down to the Chequers proposal, which Ms May is trying to get Brussels to accept.

Irish politicians have to speak out clearly on that matter.

Government ministers have also been remarkably quiet on the second issue, of minimising the risk from UK trade agreements with third countries.

On Brexit day, the 750 international trade agreements the EU has negotiated will all fall away. By law, Britain will overnight be excluded from those EU arrangements with third countries.

This is a formidable and little-understood challenge, not just to Brussels, but to Irish businesses, as they try to understand and react, deal-by-deal, to each new agreement the UK strikes with third countries.

Ireland effectively will find itself at the diplomatic starting line, with the status quo up-ended and all sides reassessing positions and trying to protect their interests.

Britain’s trade secretary, Liam Fox, has started preliminary discussions with over a dozen countries that he believes are interested in a fresh deal with the UK.

Ireland’s fresh market-access initiatives have targeted priority markets, such as Indonesia and Malaysia, amongst others. A more focused approach would appear to be necessary.

On fisheries, maintaining the current access to fishing grounds around the UK is not an easy task, either.

There is a complex web of tariff quotas and red tape, under the existing EU arrangements, with many vested interests from seafaring nations, such as Norway, Spain, and France (as the recent spate over scallop-fishing rights in the English Channel has shown).

We all understand the unique exposure of the agri-food sector to Brexit impact. Uncertainty about the final outcome can make planning for the future difficult.

But we can be sure of one thing: Food businesses and farmers need very focused support from the Government to survive the Brexit challenges and grow their businesses.

John Whelan is a leading consultant on Irish trade