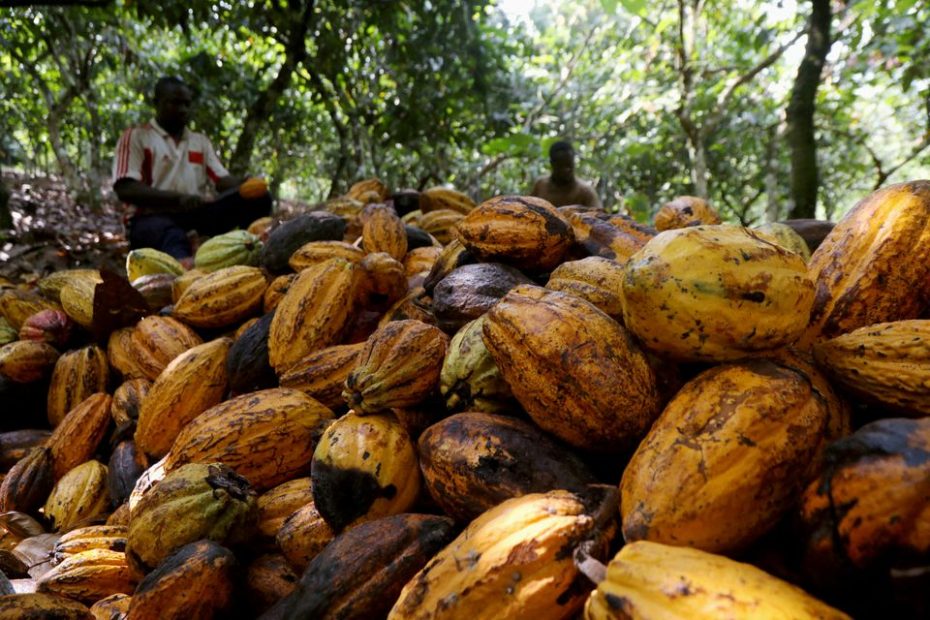 Rain was below average last week in most of Ivory Coast’s cocoa growing regions but good soil moisture continued to strengthen the April-to-September mid-crop, farmers said on Monday.

Ivory Coast, the world’s top cocoa producer, is in its rainy season that runs from April to mid-November. Downpours are frequent during this time. Heavy rain is expected to start this month in coastal regions before spreading gradually to the north of the West African country, an agro-meteorologist told Reuters.

Farmers nationwide said there was no danger for cocoa trees that were yielding enough fruit, though the mid-crop harvest is off to a timid start and more rain will be needed to improve the quality of beans, they added. In the eastern region of Abengourou, known for the good quality of its beans, farmers said more rain in the coming weeks would help the mid-crop reach a size similar to last season.

“If the rain continues we will have a big harvest like last year because lots of small pods are growing,” said Adrien Kossonou, who farms near Abengourou, where 24.7 millimetres (mm) of rain fell last week, 2.2 mm above the five-year average. Rainfall was below average in the southern region of Divo, the western region of Soubre, the centre-western region of Daloa and the central regions of Bongouanou and Yamoussoukro.

“The first beans are very small. We need heavy rain for the beans to get big,” said Salame Kone, who farms near Soubre, where 8.3 mm of rain fell last week, 9.9 mm below the average. Farmers said local buyers were reluctant to buy their beans at the guaranteed farmgate price of 825 CFA francs ($1.39) per kg set by the government, and were offering 700 CFA francs per kg as the beans were still small from previous weeks of no rain. Weekly average temperatures were ranging from 27.5 to 32.2 degrees Celsius.