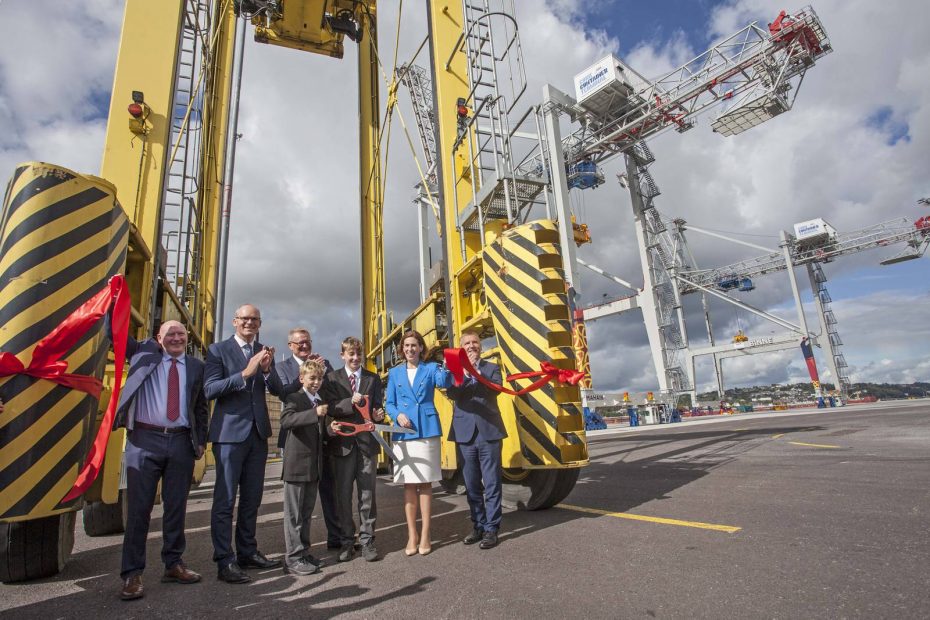 Ringaskiddy development expected to handle 120,000 containers in its first year

The Port of Cork Company’s new €89 million container terminal in Ringaskiddy marks the largest single investment by any port in Ireland over the past 100 years and will mean Cork has the capacity to handle the largest container ships delivering freight to Ireland, according to a senior port figure.

The Port of Cork Company chairman, Michael Walsh, told more than 200 guests at the ceremony to officially open the new terminal in the Cork Lower Harbour that the facility, which became operational in April 2022, has enabled the port to deliver more containers efficiently.

“With one of the largest deep water, multimodal berths in the world, some 360m long and 13m deep, Ringaskiddy will be able to facilitate the largest container vessels that can be accommodated anywhere in Ireland,” said Mr Walsh.

“When fully operational, on completion of the M28 road network, Cork Container Terminal will have the capacity to handle 330,000 TEUs (20ft equivalent unit) of cargo annually. This is set to have significant economic benefits for Cork and the Munster region, as well as the national economy.

“It will bring further efficiency to the port with major benefits to the local and national economy. By increasing the efficiency of infrastructure, the costs of trade will reduce, which in turn helps to reduce inflation and the cost of living. It will also bring value to exporters, and a boost to Irish business.

The new terminal, which occupies a 39-hectare site, is expected to handle 120,000 containers in its first year of operation until April 2023. It will have the capacity to store 492 refrigerated containers and will have 400 truck movements a day when fully operational.

Mr Walsh said it represents the first phase of an overall proposed development plan for the Port of Cork.

“As one of Europe’s core ports, Port of Cork Company is developing a masterplan to 2050, which will act as a blueprint for the growth and development of the Port of Cork over the next number of years. Details of which to be delivered in the months ahead, following public consultation.”

Minister of State Hildegarde Naughton, who has special responsibility for transport and logistics, paid tribute to the Port of Cork for completing the project amid the challenges posed by Brexit and Covid as she spoke about the importance of maritime transport to Ireland.

“Maritime transport accounts for more than 90 per cent of Ireland’s international trade and the Port of Cork has played an integral role in keeping Ireland connected, as part of the global supply chain and the Cork Container Terminal is already strengthening Port of Cork’s position on a global scale.”

Port of Cork Company chief executive Eoin McGettigan said it was important for the company to work with its neighbours and customers in the local area to ensure the development of the port is something everyone is proud of.

“As we look toward the future, reducing Ireland’s carbon emissions and creating a cleaner, greener future is a priority which will require a joint effort from everyone, including industry and businesses nationwide,” he said.

Earlier, representatives from Crosshaven Boys National School attended the official ribbon-cutting ceremony at the terminal’s two cranes after they won a competition to name the two leviathans built by Liebherr in Killarney, Co Kerry.

The two 50m-tall ship-to-shore cranes were named Mahain and Binne by the pupils of the school, inspired by an Irish folklore story about two giants who lived in Cork harbour, with the names fixed high on cross beams in the cranes superstructure.