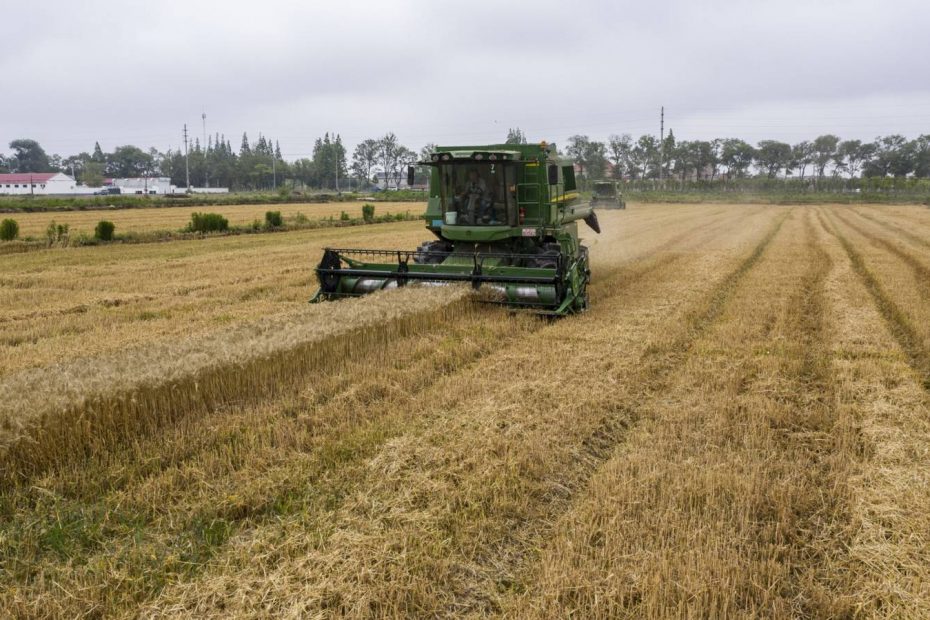 The invasion of Ukraine is having a massive effect on the economy of the country, and particularly on the agricultural sector which is so prominent in global food trade. Agriculture is a major component of the Ukrainian economy accounting for about 10 per cent of its GDP, providing employment for 14 per cent of its population, and in 2021 accounted for more than 40 per cent of its total exports. The agricultural area covers some 70 per cent of the country and is about 7 times greater than its Irish equivalent. The land use pattern in the country is also quite different to that in Ireland. Whereas more than 80 per cent of our farm land is under grass, more than 90 per cent of the land in Ukraine is devoted to arable crops. Sunflower and corn areas have expanded greatly over the past 30 years and now account for more than 40 per cent of farm land while the area under wheat has declined slightly and remains at 23 per cent. Ukraine is also home to about one-quarter of the world’s super fertile “chernozem” or black soil which confers a huge comparative advantage in terms of productivity to its agricultural sector.

Ukraine agriculture has been evolving since it achieved independence in 1991, following the breakup of the Soviet Union. State and collective farms were officially dismantled in 2000. Farm property was divided among the farm workers in the form of land shares and most new shareholders leased their land back to newly-formed private agricultural associations. From independence the country did not establish a functioning agricultural land market and an official moratorium on the sale of agricultural land was introduced in 2001. Despite pressure down the years it was not until March 2020, that the Ukrainian parliament finally voted for agricultural land reform and lifted the ban on the sale of farmland which was finally adopted for the first time in June 2021. Today the most noticeable structural feature of Ukrainian agriculture is its dualism, characterised by some 12,000 vast corporate farms, the top 10 of which are estimated to farm over 2.7 million hectares – equivalent to over half the farming area in Ireland. The remainder are individual farms comprising some thousands known as peasant farms, and about 4 million with household plots.

A deeper understanding of Ukraine’s top export crops can help explain the extreme market volatility of the last several weeks and potential risks to the larger world caused by the Russian invasion. Ukraine is the world’s seventh-largest producer and fourth-largest exporter of corn, and responsible for 13 per cent of global exports in the 2020/21 growing year.

Ukraine exported nearly $5.1 billion in wheat in 2021 and together with Russia accounted for nearly 30 per cent of the globe’s wheat exports. Ukraine is the world’s largest producer and exporter of sunflower seed and its products – responsible for 47 per cent of global exports in the 2020/21 trade year.

Another factor associated with the region, and exacerbated by the invasion, is the problem with fertiliser. Its availability and price has been a top concern of farmers around the world for months and Russia’s invasion of Ukraine has only complicated an already challenging global fertiliser market. Western sanctions and Russia’s retaliatory export ban have taken the country, nearly the largest producer and exporter of the three main fertiliser nutrients, out of many countries’ markets.

The disruption to the Ukrainian market will have ripple effects across the world. The growing global concern is that the effects of war in Ukraine on global markets will lead to additional suffering in the form of food price crises in countries not directly involved in the conflict. As the assault on Ukraine continues, the impact on Ukraine’s ability to produce the volume of tradeable commodities in the global market has grown. A substantial part of Ukraine’s most productive agricultural land is in its Eastern regions, exactly those parts most vulnerable to Russian attacks. Farmers in Ukraine plant most crops in April and May, except wheat and rapeseed, which are planted in September and October and are now in the growth phase. Not only will the ongoing war lead to a smaller planted area, but it is also likely to change the mix of crops that will be planted and harvested. In the case of crops now being planted, as well as the wheat and rapeseed crops already in the ground, farmers will be challenged to find fuel for their machinery and fertiliser and protection chemicals for their crops.

The Food and Agricultural Organisation (FAO) of the United Nations has predicted that one-third of Ukraine’s crops and agricultural land may not be harvested or cultivated this year because of the invasion and perhaps there could be some knock-on effects on Russian supplies also. The problem is exacerbated by the blockage of the port of Odessa through which virtually all of Ukraine’s grain exports pass.

The food price index (FPI) from the FAO is a measure of the monthly change in international prices of a basket of food commodities. The FPI was up in February 2022 by 18.7 per cent above February 2021. This represents an all-time high and the main concern now is how long can this situation last or could prices even go higher. In the very short term the answer is yes they could, but the high world prices could stimulate expansion in countries like the US, Canada, Australia, Argentina and the EU, and restore some normality to global food supplies. In normal circumstances this would be the case but this will now be curtailed by the escalation in the prices of the main crop inputs. Furthermore, world food supplies are also being negatively affected by weather extremes in major countries like India and China.

All in all then, the outlook for world food supplies is not an optimistic one and the present fragility and insecurity could persist for two to three years. It will be particularly critical for those poorer countries such as those in sub-Saharan Africa, which spend a very high share of their household income on food and which, even before the Ukraine crisis, were experiencing according to the UN World Food Programme “acute food insecurity”. These and many other countries in the Middle East and North Africa are also the very ones which are very dependent on wheat imports from Ukraine and Russia.

In conclusion, the Russian invasion of Ukraine is imperilling world food supplies, and in the words of The Economist, “tipping a fragile world towards mass hunger”. Usually disruption to world food supplies and markets, such as we are experiencing at the moment, is caused by climatic or natural phenomena but in this case it is due to the barbaric invasion of another country by a vengeful kleptocrat.