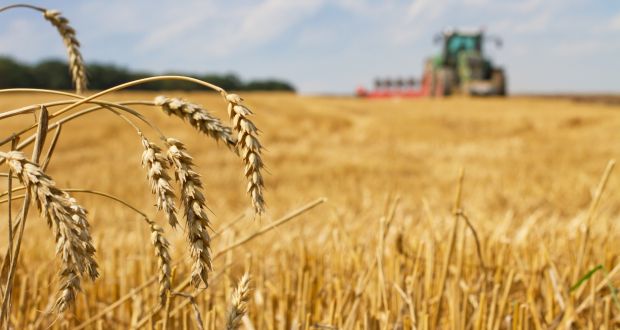 Teagasc and Department of Agriculture officials are to draw up a plan over the weekend on how to grow more crops in the coming season.

Likely pressures on Ireland’s agriculture production and food supply over coming months due to the Ukraine war were spelt out at the first meeting of a specialist group set up by Minister for Agriculture Charlie McConalogue to help ease impacts.

The projections and possible support measures for farmers in boosting output was outlined to members of the National Fodder and Food Security Committee, which met at the Teagasc Moorepark facility in Co Cork.

Both Ukraine and Russia are major global players in the grain, feed and fertiliser trade, while supply disruptions are already directly affecting Ireland.

Mr McConalogue told the meeting every farmer would need to grow as much grass and crops as possible this year, and match available feed with livestock before next winter.

The meeting was told by the Farm Contractors of Ireland that it would require 2 million litres of diesel to complete the silage harvest this year, while a self-propelled harvester would have to pay an additional €110,000 on diesel compared to last year.

Speaking after the meeting the Minister said he established the committee to ensure the sector can “respond effectively and rapidly to one of the greatest challenges of our time”. He said farmers were prepared to “face this challenge head on” and he would support any way he can.

A separate package of supports for farmers, reported to be worth tens of millions of euro, to grow feed and fodder is due later this month.

“While the Minister has been talking about the need to grow more grain, it’s more likely we will have less grain due to rocketing input prices,” he said. “The Minister needs to act now to support tillage farmers who are the people with the experience, expertise and equipment to grow more crops.”

Agricultural diesel prices had skyrocketed, Mr McEvoy added. At current prices, it would cost an extra €100 a hectare in diesel alone to produce grain.

“Farmers need more cuts in excise duty and in the carbon tax. It’s critical that sufficient agri-diesel supplies are available during the key spring and summer months when planting and harvesting of crops takes place,” he said.

There were real concerns about the availability of fertiliser later in the spring. “It’s vital that an inventory of fertiliser supplies is undertaken immediately by [the] Department of Agriculture,” he said.

“The tillage sector is in a position to supply more grain and feedstuffs for the livestock sector this year and into the future to help offset some of shortages anticipated in supply chains,” he added.