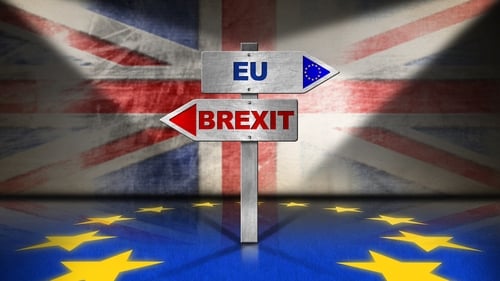 Irish food and drink exports remain heavily reliant on the UK market despite attempts to diversify ahead of Brexit.

Bord Bia’s latest export performance report indicates that the UK accounted for 35 per cent of exports, worth €4.5 billion, in 2017, down from 37 per cent the previous year.

Bord Bia’s chief executive, Tara McCarthy, said Ireland was not running away from the UK despite the threat from Brexit, noting the value of UK sales rose 7 per cent last year.

“We don’t want to talk to our UK customers and say that we don’t want to sell there because nobody knows what the outcome of Brexit is going to be,” she said.

Nonetheless, she said market diversification would be key to managing the Brexit risk and the modest drop in Ireland’s reliance on the UK market, evidenced in the latest figures, represented a “proportionate response to the challenge”.

Bord Bia’s latest annual report shows that exports to other EU countries besides the UK rose 16 per cent to eclipse €4 billion for the first time, mainly driven by strong dairy exports, while global sales outside the EU also hit a record €4 billion.

The total value of Ireland’s food and drink exports last year rose 13 per cent to a record €12.6 billion.

The eighth successive year of growth was driven by a surge in dairy exports, which increased 19 per cent to exceed €4 billion for the first time. Dairy exports now account for a third of all Irish food and drink exports.

Beef exports, which are heavily reliant on the UK market, were also up 5 per cent to €2.5 billion despite the Brexit-related weakness in sterling.

There was also strong growth in exports of prepared foods, which rose 17 per cent to €2.2 billion, and beverages, which were up 8 per cent to €1.5 billion.

Sales of Irish butter internationally also soared 62 per cent to €879 million, albeit this was nearly entirely down to skyrocketing prices rather than volume increases.

Further market expansion was also recorded in the Middle East, Asia and Africa. Exports to China, driven principally by dairy and pig meat, grew by 5 per cent for the year to €700 million, making it Ireland’s third-largest food and drink export market.

Speaking at the launch, Minister for Agriculture Michael Creed said: “Industry, in line with my department’s market prioritisation strategy, is continuing to diversify, with exports to international markets reaching €4 billion for the first time.”

“Trade with the UK, which remains our most valuable market, has grown in overall terms, despite the difficulty presented by Brexit and a weaker sterling,” he said.

On a more cautionary note, she highlighted the currency risk that remains for all sectors, especially those such as horticulture and prepared consumer foods that are hugely dependent on the UK market.

“While the UK remains our most important market, these prospects provide an additional incentive for Irish exporters to explore new markets within the EU 26 and beyond,” she added.